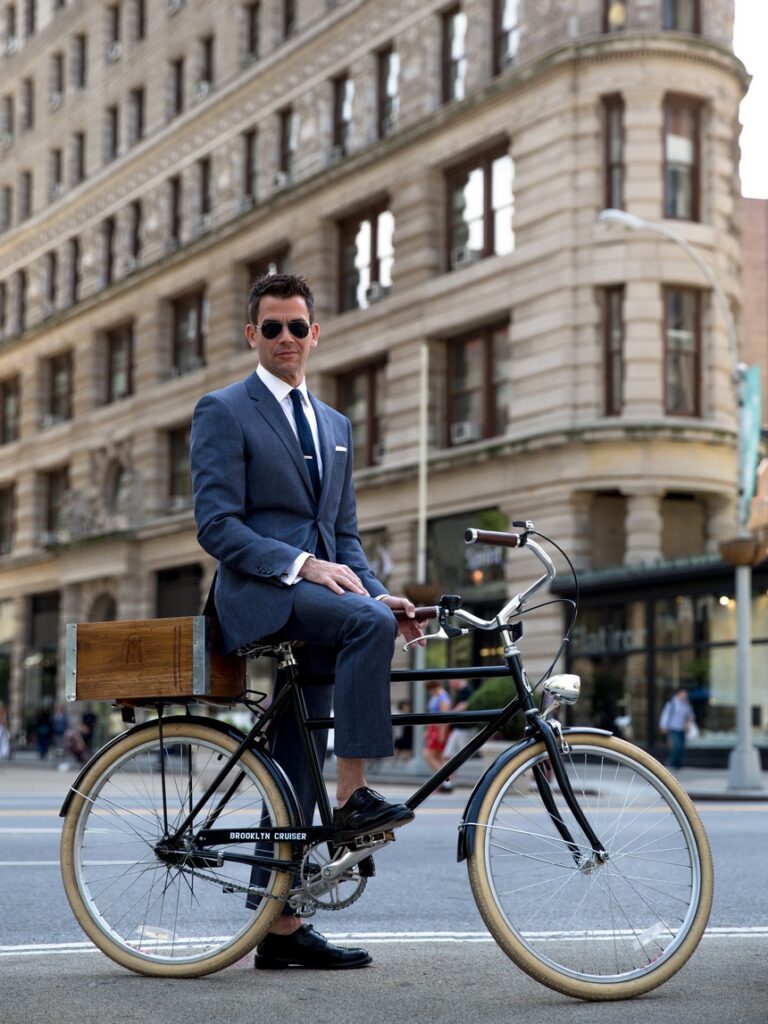 Our first episode of the month is running late so here’s a bonus from earlier this year to tide you over. We’ll be back soon!

It’s kind of hard to pin George Hahn down. He’s a fashion icon, design aficionado, actor, social media star and a fearless defender of cities. The man the New York Times calls an “urban raconteur” joins The War on Cars to talk about efficient living by bicycle, how driving into a densely populated area is a loser’s game and why giant SUVs need to be decoupled from conventional notions of masculinity.

George to motorists: “Stop driving your car in the city.” (Streetfilms)

Scott Galloway asks George Hahn about what it means to be a man. (CNN+)