Hit enter to search or ESC to close
4

By admin | Uncategorized | No Comments

In the span of one month the StreetRiders have become a major presence in the Black Lives Matter movement in New York. Their weekly bike protests have taken over streets, bridges and highways and attracted thousands of people of all ages to rally against police violence. In this interview, Doug talks with StreetridersNYC co-founder Orlando Hamilton about how he found his voice as a political organizer, what bicycles bring to the protest movement and what it feels like to look out and see 10,000 people filling the streets of Times Square all in support of Black lives.

Support The War on Cars on Patreon. Contribution levels start at just $2/month!

END_OF_DOCUMENT_TOKEN_TO_BE_REPLACED

44. Democracy in the Streets 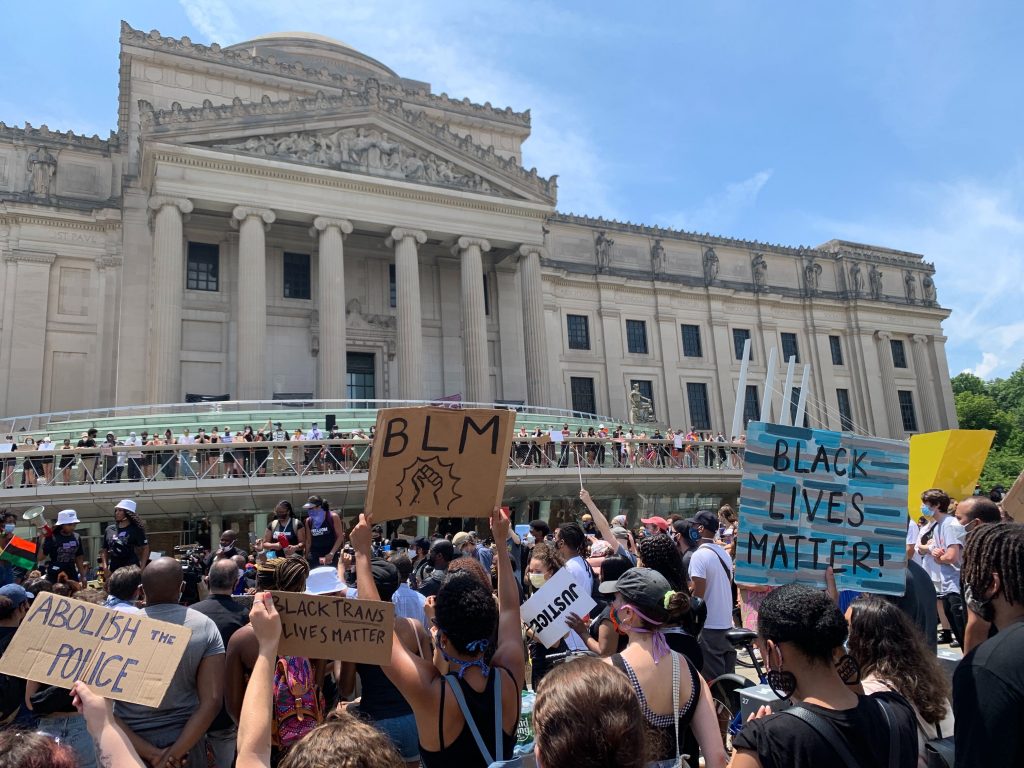 What are streets for? Who are streets for? And what makes a street feel truly safe, welcoming and comfortable for everyone? On May 25, police officers in Minneapolis, Minnesota murdered George Floyd sparking an international uprising against systemic racism and police brutality. George Floyd was killed on the street. The global demonstrations that followed Floyd’s murder are also playing out on the street. We often tend to look at the street as the place where the dramas of transportation policy play out — bikes vs. cars vs. transit vs. pedestrians, and on and on. Oonee CEO Shabazz Stuart (remember him from Episode 34) has been out marching the streets of Brooklyn, dodging police batons and helicopters, and writing about the experience. In this episode he joins the War on Cars crew to talk about a more fundamental role for urban public space than mere transportation: “Streets,” Shabazz argues, “are for Democracy.”

We appreciate your Patreon contributions more than ever. Become a member and we’ll send you stickers, t-shirts, and more.

We love to see people marching in comfortable, light-weight War on Cars t-shirts and you can buy one at Cotton Bureau.

‘Safe Streets’ Are Not Safe for Black Lives by Dr. Destiny Thomas (CityLab)

“To Trumpers, the Shared Space of the Street Is an Unprivatized Threat” by Justin Davidson (New York Magazine)

“In Protest, the Power of Place” by Michael Kimmelman (New York Times)

Tahrir Square Before and After 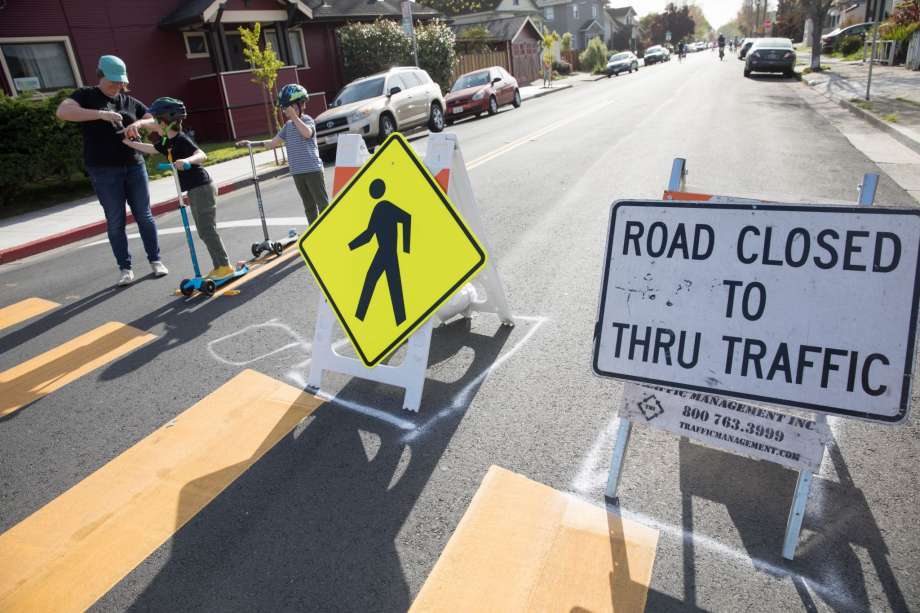 As cities around the world have gone into lockdown and instituted social distancing measures to slow the spread of the covid19 pandemic, something unexpected has happened: We’ve gotten an impromptu demonstration of the benefits of living with fewer cars and less driving. Seething gridlock has vanished, smoggy skies have cleared, global carbon emissions are way down, and forward-thinking mayors are rapidly re-programming their streets to give human beings the space that once belonged to motor vehicles. Is the world witnessing the wrenching, difficult birth of the car-free city? Or are we merely living in the brief moment before cities snap back into even deeper automobile dependence, the car serving as the ultimate personal protective equipment? Plus: We hear from City of Oakland Transportation Director Ryan Russo.

END_OF_DOCUMENT_TOKEN_TO_BE_REPLACED

42. “Driving While Black” with Gretchen Sorin 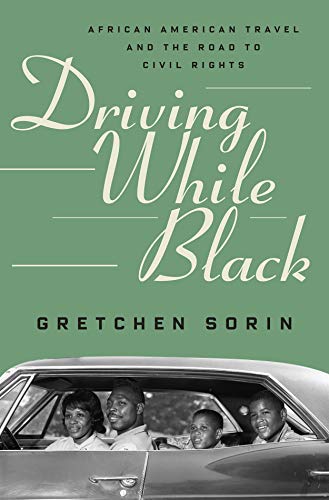 Historian Gretchen Sorin has written a fascinating new book, “Driving While Black: African American Travel and the Road to Civil Rights,” that dives into the role the car played in the 20th-century African American experience. Sorin talked with Sarah about how in the Jim Crow era, when riding public transportation was often humiliating and downright dangerous for black Americans, the automobile provided a way for black families to get around with safety and dignity. She also explains how cars played an instrumental role in building the civil rights movement, and why white etiquette expert Emily Post wasn’t so comfortable with the rising popularity of the automobile.

END_OF_DOCUMENT_TOKEN_TO_BE_REPLACED 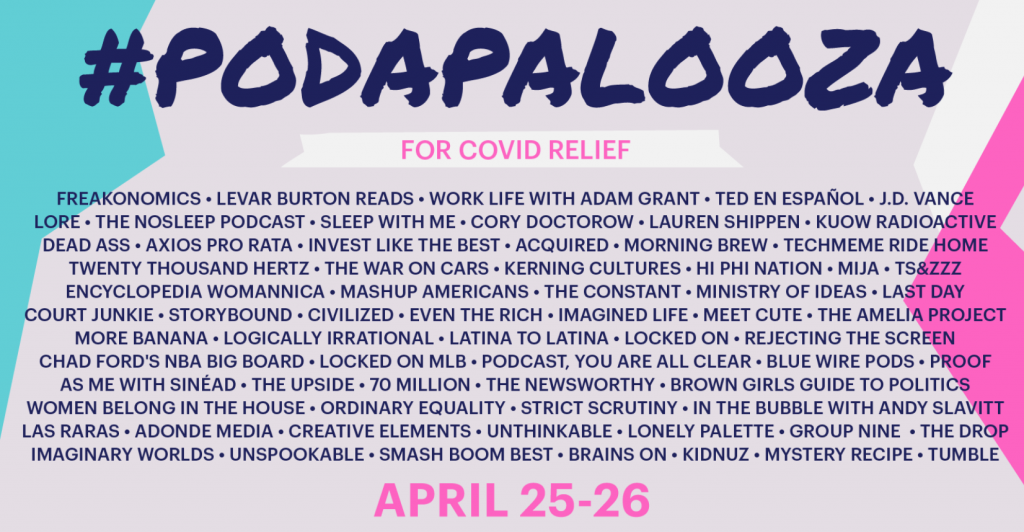 The War on Cars is taking the stage for Podapalooza, a virtual podcast festival for the benefit of COVID-19 relief, on April 25th and 26th. We’ll be releasing one of our favorite old episodes to introduce the podcast to new listeners and hopefully give fans a chance to catch an early one they might have missed.

Purchase tickets here: plza.org. You’ll get access to an outstanding lineup of some of the biggest names in podcasting, yours to listen to as they’re released. Over 100 podcasts are participating and tickets are pay-what-you-want. It’s a great deal and a great cause!

All proceeds of your purchase of a Podapalooza Pass go to GiveDirectly, which delivers cash payments of $1,000 to vulnerable households in areas affected by COVID-19. 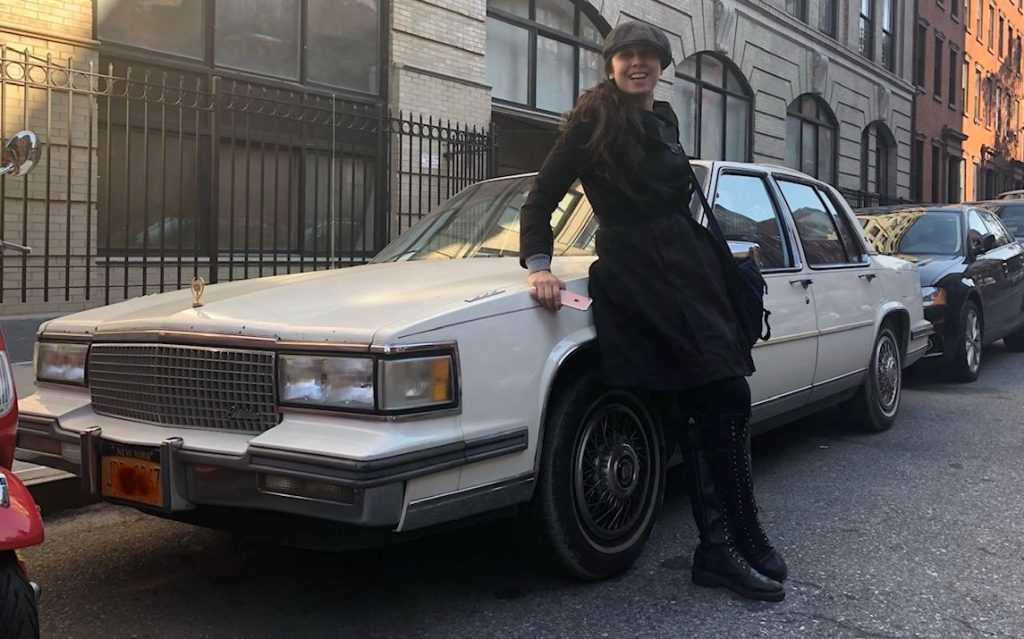 This episode was recorded and originally aired, November 2018.

When is a car not a car? When it’s a source of solace and comfort, a curbside living room and a personal aesthetic statement. This episode is brought to you “live” from the interior of a 1987 Cadillac DeVille as we hear from Alex Brook Lynn, the producer of FAQ NYC, about why she escapes to her car for a little private time amidst the hustle and bustle of the Big Apple. What would it take for Alex to quit her car? 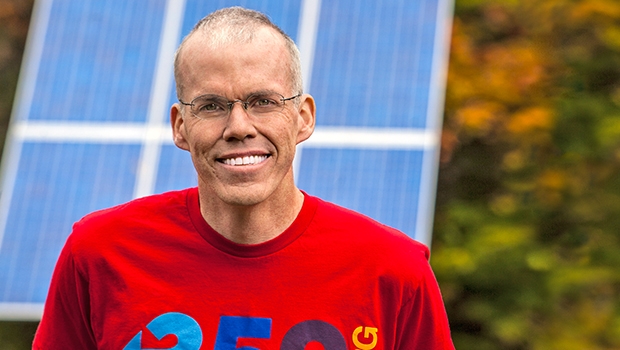 From his 1989 book The End of Nature, which was the first to explain global warming to a general audience, to co-founding the climate-change activism group 350.org, there are few people with more experience in taking on powerful interests to create change than Bill McKibben. In this interview, Bill talks to Doug about divestment from fossil fuels, what the worldwide response to COVID-19 can teach us about fighting climate change, and how to build successful movements to make cities work better for people who aren’t in cars. Plus, Bill tells the story of a determined Brazilian mayor who took on an angry car lobby using the power of open streets and adorable children.

END_OF_DOCUMENT_TOKEN_TO_BE_REPLACED 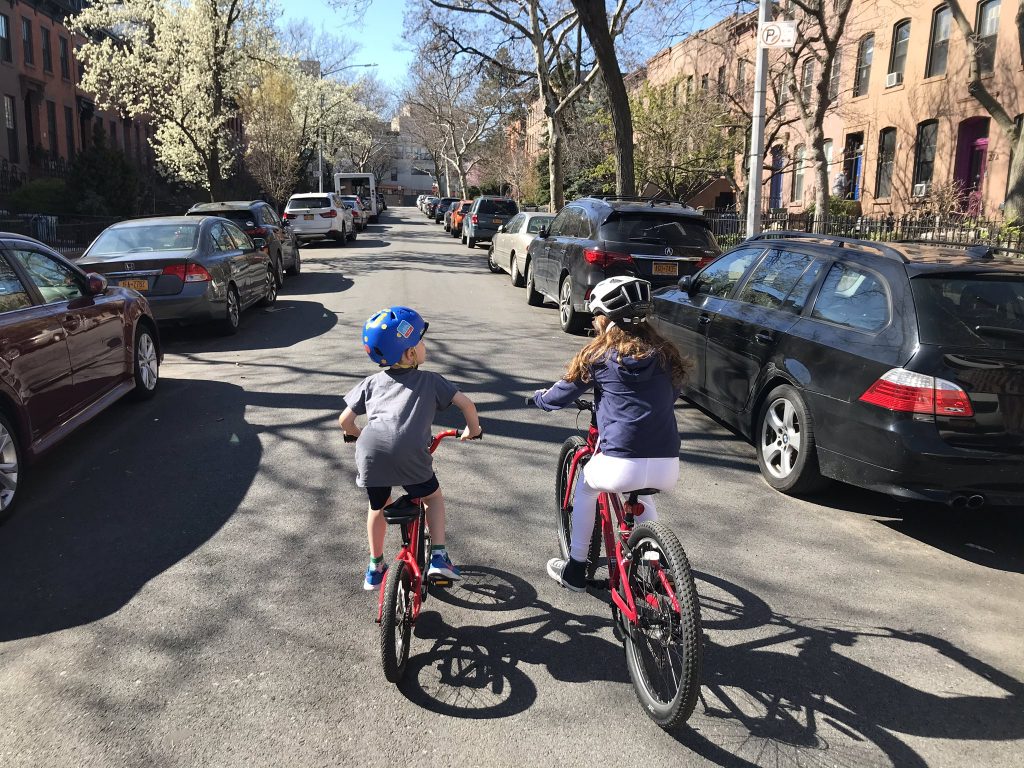 In this, our second episode of the COVID-19 era, we hear from listeners around the globe about how their cities look and feel. Is it safe to ride transit? How does it feel to walk through towns and cities as people protect themselves and others by wearing masks? There’s been a surge in the number of cyclists — and speeding drivers — on city streets. But will people keep biking when this ends? Listeners in Bogotá, Paris, Los Angeles, Taipei and Washington, D.C., let us know how it’s all going. Plus, Aaron tells us why car ownership has taken over his brain, Sarah explains the concept of an “emotional washing machine” and Doug is hearing things in Brooklyn.

Special thanks to our sponsor, Spin Scooters: Working to make streets safe, livable and just.

You can find the full transcript of the episode here.

39. Riding Out the Pandemic 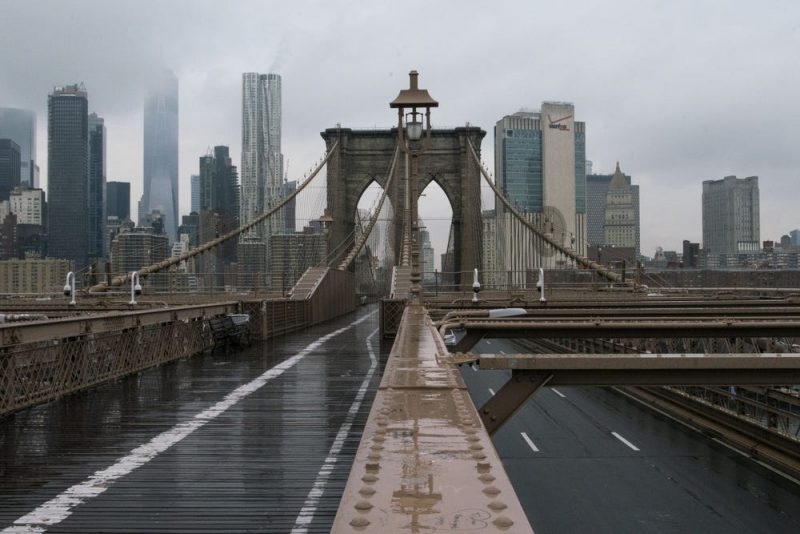 Recording from their makeshift home studios, Sarah, Doug and Aaron check in with each other, field listener voicemails and reorient themselves to the new normal of the coronavirus crisis. Not a lot of answers in this episode, but plenty of questions: How is the social distancing going? Where would you rather be right now, the city, the suburbs or a remote rural place? And what does a global pandemic mean for The War on Cars? Plus: Treason!

Special thanks to our sponsor, Spin Scooters: Working to make streets safe, livable and just.

Drop us a line and let us know how you’re doing: thewaroncars@gmail.com

38. On the Bus with Pat Kiernan and Jamie Stelter 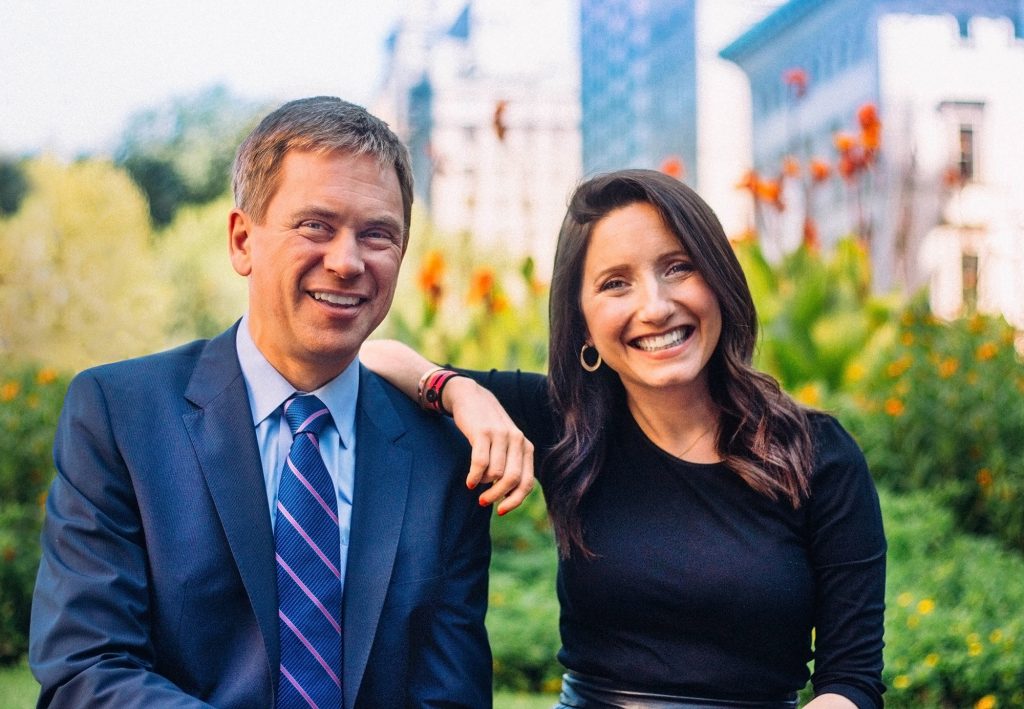 Pat Kiernan and Jamie Stelter are the dynamic duo of local TV news. As two of the hosts of “Mornings on 1” on Spectrum NY1, Pat and Jamie do more than just wake up early to deliver the latest updates on current events or the daily commute. They experience New York City as New Yorkers do: by subway, bus, bike, taxi, and foot. Pat, who may be familiar to non–New Yorkers as TV anchor Pat Kiernan in the Marvel Cinematic Universe, has been on NY1 since 1997. Jamie has been the traffic—and subway and bus—reporter since 2010. Their time on the air has spanned some of the most significant transformations to the city’s streetscape, including the expansion of bicycle lanes and pedestrian plazas, the launch of Citi Bike, the deterioration of subway service, and the rise of Uber and Lyft. For this episode, recorded in February, Pat and Jamie join Doug on board the M14 crosstown bus to talk about their perspective on a changing city, their own travel habits, what they’ve seen in cities around the world and how they listen to and learn from the “bike people” on Twitter.