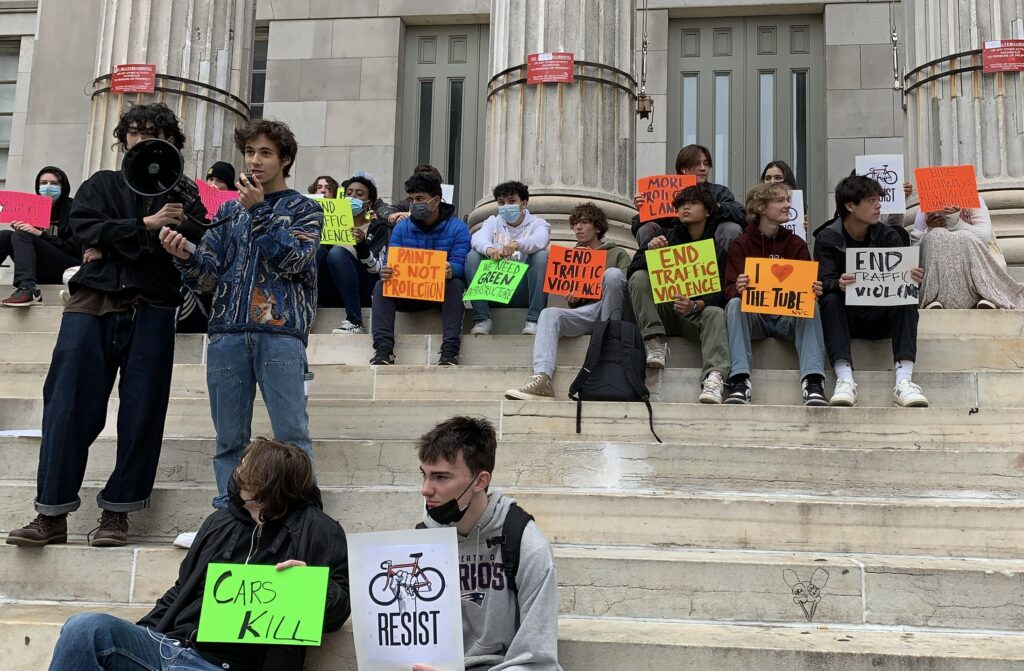 Young people want to live. It seems kind of basic, right? Anyone over the age of 35 or so probably grew up thinking that the desire to live was something to take for granted, at least on a societal scale. But many members of Gen Z worry that the places they live today will soon be uninhabitable. That they won’t be able to realize their dreams or raise their children the way previous generations did. That their very survival is at stake. And they don’t see meaningful action from the adults in charge. In this episode, we hear from some teens in Brooklyn who are demanding radical improvements in bike infrastructure to make emission-free transportation safe and accessible to all. We also talk with Dr. Elizabeth Marks, a clinical psychologist who has co-authored a new study about climate anxiety in ten thousand young people all over the world. Sixty percent said that they are either “very worried” or “extremely worried” about climate change. There’s a crisis in intergenerational trust. How can we begin to repair the damage?

***This episode is sponsored by Rad Power Bikes and Cleverhood.***

Learn about The Tube, a radical proposal for a safe bike network in New York City.

Support The War on Cars on Patreon and receive access to exclusive ad-free bonus content. Plus we’ll send you stickers.

Get official War on Cars merch, including our new CARS RUIN CITIES t-shirt, at our store.

Follow and review us on iTunes. It helps people find us!

This episode was edited by Susie Armitage, with additional help from Ali Lemer.

Our theme music is by Nathaniel Goodyear. Our logo is by Dani Finkel of Crucial D.