65. Where are the Bike Lanes In Lego City? 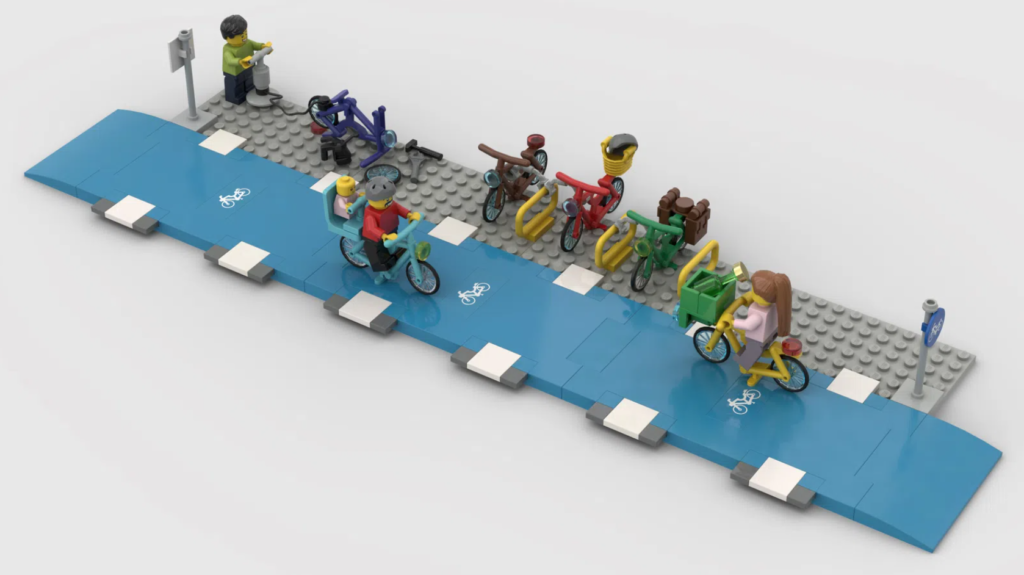 Why are there no bike lanes in LEGO City? That’s a question Marcel Steeman, a regional councillor in the Netherlands, asked himself one day in 2016 while assembling some LEGO sets with his kids. As a Dutchman, he thought the lack of bike lanes on LEGO’s thin plastic road plates was weird. Even weirder, The LEGO Group is based in Denmark, one of the most bike-friendly nations on the planet! How could a Danish company not include bike lanes in its city-themed sets?

When Marcel submitted a proposal for new road plates with bike lanes to the company, LEGO rejected the idea, telling him the idea was too political. What’s political about bike lanes? As anyone who’s tried to change a street in a real city can tell you, the answer is everything.

What happens when one of the best selling toys in history doesn’t offer children the tools to build a world where it’s possible to get around without a car? And why does it matter to a bunch of adults?

***This episode was sponsored in part by our friends at Cleverhood. For 20% off of stylish, functional rain gear designed specifically for walking and biking enter coupon code WARONCARS at checkout.***

Read friend-of-the-podcast Andrew J. Hawkins at the Verge, who’s been covering the quest to bring bike lanes to LEGO City.

Check out Marcel Steeman’s bike lane design at LEGO Ideas. And here’s Marco te Brömmelstroet, the Cycling Professor, asking why LEGO City is so “car centric” back in 2019.

Sean Kenney creates amazing sculptures and art with LEGO bricks. Pick up a copy of his book, Cool City, so you can learn to build your own LEGO cities for people, bikes and transit.

Read Thalia Verkade at The Correspondent. (In Dutch.)

Get official War on Cars merch at our store.

Rate and review us on iTunes!

This episode was produced, recorded and edited by Doug Gordon. Music is by Stationary Sign and National Anthem Worx, courtesy of Epidemic Sound. The War on Cars theme is by Nathaniel Goodyear. Our logo is by Dani Finkel of Crucial D.