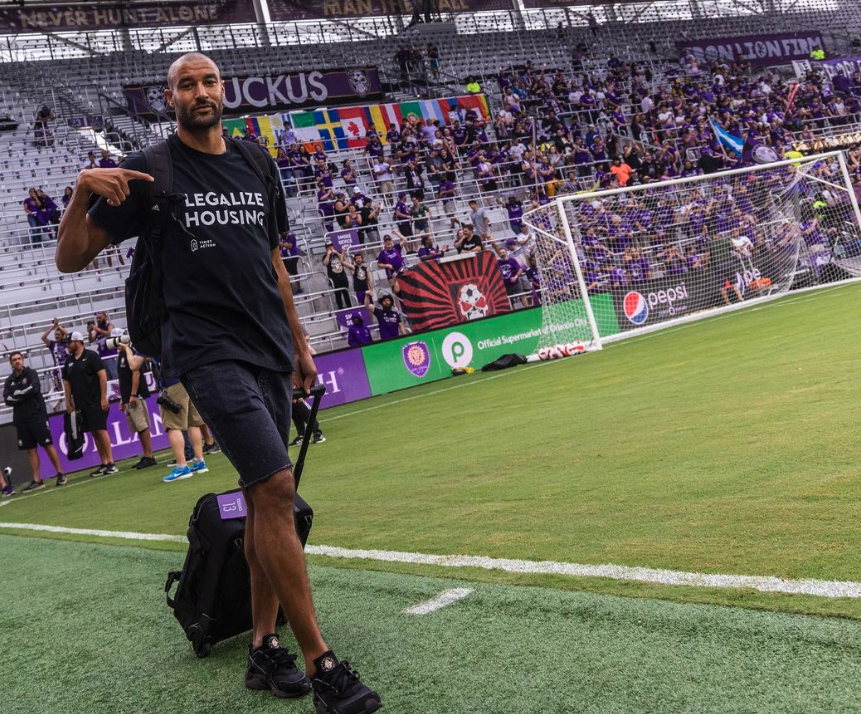 ***This is a preview of a Patreon-exclusive, ad-free bonus episode. Become a Patreon supporter of The War on Cars for access to this and all of our exclusive ad-free bonus content. As thanks, we’ll send you stickers!***

Major League Soccer player Tesho Akindele, a star forward who most recently played for the Orlando City Soccer Club, is also an outspoken urbanist who has used his social media presence to promote walkability, bikeability, density and affordable housing to sports fans in Florida, across the country and around the world. In this ad-free bonus episode just for Patreon supporters, Tesho talks about his journey to the soccer field, his first exposure to War-on-Cars-adjacent issues and his favorite neighborhoods in Orlando and the US. He also offers some thoughts on why cars are such potent status symbols among his fellow pro athletes.