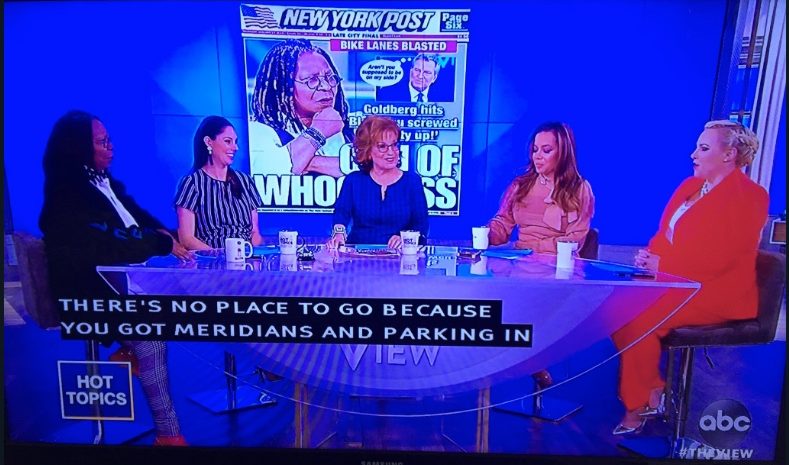 When New York City mayor Bill de Blasio went on ABC’s “The View” to discuss universal health care, little did he know he’d be on the receiving end of an epic anti-bike-lane rant courtesy of Oscar-winner and daily car commuter Whoopi Goldberg. Whoopi’s fact-free diatribe exposed one of the biggest obstacles cities face as they try to modernize their transportation systems: The liberal blind spot for cars. In this special episode of The War on Cars, we discuss why it is that even the most liberal people in the most progressive cities are so often unable to see the problems wrought by automobiles, much less support alternative forms of transportation. Plus, as civilization faces a looming climate catastrophe, can the Green New Deal offer some hope or will Baby Boomer talk show hosts doom us all?

Support The War on Cars on Patreon and get exclusive TWOC stickers, t-shirts, and other rewards. Plus, be entered to win a Cleverhood rain cape by donating at any level in January.